It has analgesic effect comparable to morphine, has sedative effect, stimulates the vomiting center, causes myosis, inhibits conditioned reflexes. To a lesser extent than opioid μ-receptor agonists (morphine, peridol, fentanyl) depresses the respiratory centre. Does not have a significant effect on hemodynamics and gastrointestinal tract motility.

Metabolized in the liver. 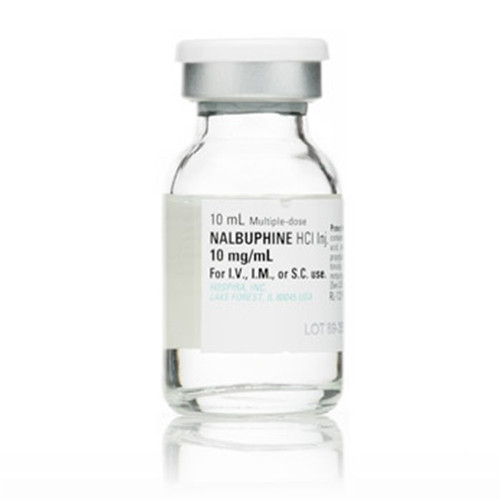 Expressed pain syndrome of various genesis (including in the postoperative period, myocardial infarction, gynecological interventions, malignant tumors); premedication before inhalation, as a component of anaesthesia. 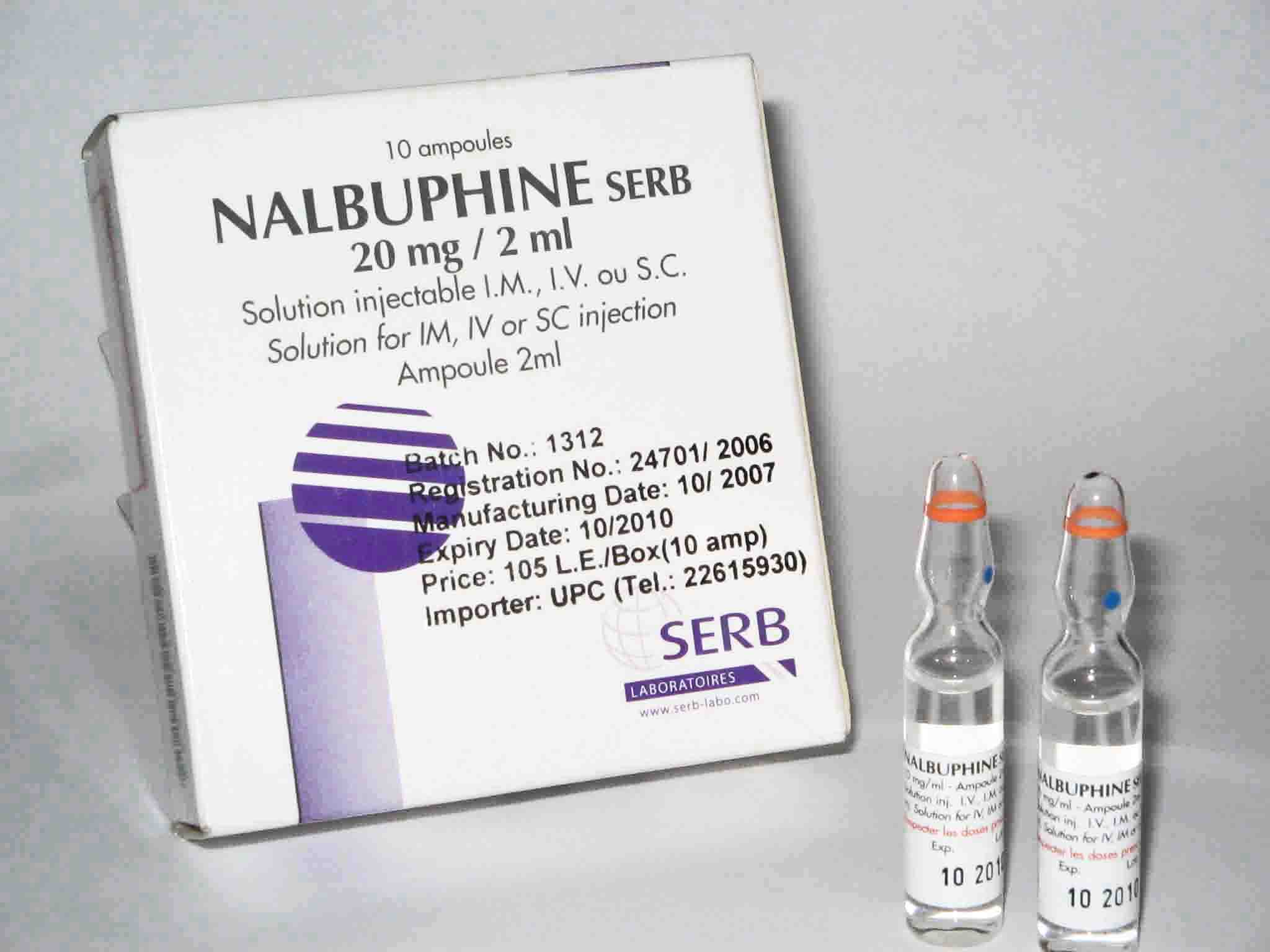 The cardiovascular system: in some cases - arterial hypertension or hypotension, bradycardia, tachycardia.

Allergic reactions: in some cases - hives.

Others: sweating may be increased.

Contraindications to use: in some cases - hives, bradycardia, tachycardia, etc.

Application during pregnancy and lactation

Use during pregnancy is possible only on strict indications.

Caution is exercised during premature birth and presumed immaturity of the fetus (because nalbufin penetrates the placental barrier and can cause respiratory depression in the newborn).

It is used with caution during lactation (breastfeeding).

Nalbufin is excreted with mother's milk in very small, clinically insignificant amounts (less than 1% of the injected dose).

Use in disorders of liver function

In the event of liver failure, nalbufin should be dosed carefully and provision should be made for rapid cessation of administration.

Use in renal function disorders

In case of renal failure, nalbufin should be dosed carefully and provision should be made for rapid cessation of administration.

Use in elderly patients

Caution should be exercised in elderly persons.

Caution should be exercised in respiratory disorders (including obstructive pulmonary diseases, emphysema), because nalbufin can cause a 20-25% reduction in the minute volume of breathing (when administered in a dose of 20 mg by 70 kg of body weight), in uremia, in elderly people, with severe exhaustion.